Categories
Pages
Home » Japanese customs » How the Japanese perceive and use knowlegde vs. the Western way »

How the Japanese perceive and use knowlegde vs. the Western way

Posted on Sep 6, 2013 in Japanese customs, Stories about Japan |

Until 1990, when Japan’s so called “bubble economy” began to lose steam, many Western business and political leaders were frustrated at the continuing momentum of Japan’s economic juggernaut- and their seeming inability to understand it, much less slow it down. The feeling that Japan was playing unfairly resulted in a backlash against Japanese management practices that were once touted as worthy of copying. This irrational reaction was soon translated into political rhetoric that had a negative effect on Japan’s image abroad, reducing the possibility that those nations and businesses with the most to gain would learn anything of genuine benefit from their relations with Japan.

There were of course a number of reasons, both internal and external, for Japan’s extraordinary economic succes between 1945 and 1990. Suffice to say that the external conditions surely made more of a contribution to that success than any special talents or unique character the Japanese may have. Yet it is obvious that without those special talents and their distinctive way of looking at and doing things, the Japanese could not have succeeded to anywhere near the degree that they did.

Most of the special talents of the Japanese, along with their management systems, are visible for all to see and have been fairly well analysed and described both by Japanese and Western authorities. There is one aspect of the Japanese way of viewing and doing things that is too subtle to to be readily recognised and has so far remained hidden from virtually everyone. Not surprisingly, this still so far unrecognised factor is one of the most important ingredients in Japan’s past and ongoing economic succeses, beginning with the transition of the country between 1870 and 1900 from an agricultural and cottage industry economy to an industrialised power. In simple terms, this is still secret Japanese recipe for success is a way of perceiving, accumulating and using knowledge that is quite different from the way that prevails in the West- and also not surprisingly, it is a cultural manifestation of which the Japanese themselves are not fully aware. 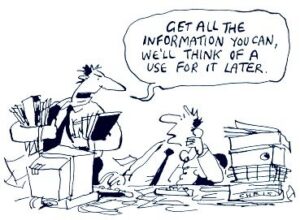 Generally speaking, westerners are conditioned to look at information or knowledge as bits and pieces that are inclusive within themselves and (except for scientists and a few other professionals) to expect nothing else and look no further. Books, teachers, the news media- the whole mass of information- presents the world to us in finite bits that more likely than not are almost always worthless in helping us understand the reality of the complex interrelated world around us. Thus while we are flooded by a continuous avalanche of information, we do not have the experience to use it to understand what is actually going on – in education, in business, in politics, or whatever- and we are therefore unable to fully benefit from it. On the whole, if outsiders were to judge the Western world from the viewpoint of our daily news, especially news carried in local paper and by local television stations, they would have to assume that we were all doomed and had very little time left.

The Japanese, on the other hand, have a different approach to viewing and using information- an approach that is both above and below the conscious level and is of vital importance when it comes to end results. Apparently because of the influence of Shinto, Buddhist and Confucian beliefs, Japanese people have traditionally looked at life and all of its facets, including knowledge, as part of a continuous flow of events, all interrelated, all essential to each other. Unlike Westerners, who tend to seek and utilize just enough information to get by or to accomplish the immediate, short range goals, the Japanese treat the search for, and utilisation of, information as an ongoing thing, without end, regardless of how or when they intend to use it.

This trait led the Japanese to automatically take an active rather than a reactive approach to information. In other words, Westerners tens to wait for events to take place, and then react on them, while the Japanese tend to anticipate events based on the flow of information coming in and act in a way to influence or take advantage of their outcome.

Until around 1990, this very substantial difference had a profound effect on the ability of better Japanese companies to control their destinies by giving them the information and guidelines they needed to make continuous, minute corrections in their policies and practices, in the same way that a ship constantly makes corrections to contend with the shifting wind and water. 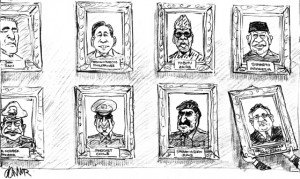 Westerners wait for a crises

In Western business, it generally seems that it takes a crisis before managers can make fundamental changes in their operations, and these changes often cannot occur without top management being changed first. To add to the disadvantages of this approach, it seems that even these forced changes only take place in fifteen- to twenty year cycles. The reactive management philosophies of most Western companies is made even more disadvantageous because, at least unit recent times it has been common for the presidents and a few other individuals to run the companies by themselves, more or less like a dictatorship, eventually with the same inflexibility that come with this management style.

Japanese companies, despite the image they give to outsiders, are run more like democracies, in which the power of the presidents and other high executives is limited and a substantial number of employees play a direct role in management decisions. Section chiefs in Japanese companies- the famous ‘kacho’- along with special teams, spend a great deal of their time researching product and project concepts and the activities of competitors and reporting on them to the higher echelons of management.

All of Japan’s larger corporations have a steady flow of information being fed into them from their branches overseas. The huge trading combines such as Mitsui and Mitsubishi have international information-gathering networks that in many ways surpass the scope and efficiency of the largest government intelligence agencies! The overall body of information that goes into the management of Japanese companies therefore tend to be substantially larger and often of a much higher quality than what goes into the management of an average Western company. This despite the setbacks that the Japanese economy experienced since 1990, when the “bubble economy” began to collaps- a phenomenon that was brought on as much by government policies and practices as anything else.

Japan is struggling to reform the underlying tenets and structures of its economy, to internationalise it in a process known as ‘kyosei’. As this process moves forward, the information gathering and long range approach that is so much a part of the Japanese character will continue to provide them with tangible advantages in competing with the rest of the world. The term ‘kyosei’ means “symbiosis”, and it is used in the sense of loving and working in a totally cooperative manner- in harmony.