Japanese design is famous the world over, but what is it exactly what we are looking at? I always believe if you know a bit of the back ground of things, it becomes easier to better appreciate the intentions of the designer and to appreciate something beyond face value. In this blog posting I aim to explain two different, but intertwined Japanese design principles.

Wabi-sabi a form of Japanese aesthetics

Wabi-sabi (侘寂) represents a comprehensive Japanese world view or aesthetic centered on the acceptance of transience and imperfection. The aesthetic is sometimes described as one of beauty that is “imperfect, impermanent, and incomplete”. It is a concept derived from the Buddhistteaching of the three marks of existence (三法印 sanbōin), specifically impermanence (無常 mujō), the other two being suffering (苦 ku) and emptiness or absence of self-nature (空 kū).

Characteristics of the wabi-sabi aesthetic include asymmetry, asperity (roughness or irregularity), simplicity, economy, austerity, modesty, intimacy and appreciation of the ingenuous integrity of natural objects and processes.

“Wabi-sabi is the most conspicuous and characteristic feature of traditional Japanese beauty and it occupies roughly the same position in the Japanese pantheon of aesthetic values as do the Greek ideals of beauty and perfection in the West”. “If an object or expression can bring about, within us, a sense of serene melancholy and a spiritual longing, then that object could be said to be wabi-sabi.” “[Wabi-sabi] nurtures all that is authentic by acknowledging three simple realities: nothing lasts, nothing is finished, and nothing is perfect.” 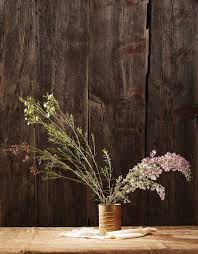 The words wabi and sabi do not translate easily. Wabi originally referred to the loneliness of living in nature, remote from society; sabi meant “chill”, “lean” or “withered”. Around the 14th century these meanings began to change, taking on more positive connotations. Wabi now connotes rustic simplicity, freshness or quietness, and can be applied to both natural and human-made objects, or understated elegance. It can also refer to quirks and anomalies arising from the process of construction, which add uniqueness and elegance to the object. Sabi is beauty or serenity that comes with age, when the life of the object and its impermanence are evidenced in its patina and wear, or in any visible repairs.

After centuries of incorporating artistic and Buddhist influences from China, wabi-sabi eventually evolved into a distinctly Japanese ideal. Over time, the meanings of wabi and sabi shifted to become more lighthearted and hopeful. Around 700 years ago, particularly among the Japanese nobility, understanding emptiness and imperfection was honored as tantamount to the first step to satori, or enlightenment. In today’s Japan, the meaning of wabi-sabi is often condensed to “wisdom in natural simplicity.” In art books, it is typically defined as “flawed beauty.”

From an engineering or design point of view, wabi may be interpreted as the imperfect quality of any object, due to inevitable limitations in design and construction/manufacture especially with respect to unpredictable or changing usage conditions; then sabi could be interpreted as the aspect of imperfect reliability, or limited mortality of any object, hence the phonological and etymological connection with the Japanese word sabi, to rust. Specifically, although the Japanese kanji characters 錆 (sabi, meaning “rust”) and 寂 (sabi, as above) are different, as are their applied meanings, yet the original spoken word (pre-kanji, yamato-kotoba) is believed to be one and the same.

A good example of this embodiment may be seen in certain styles of Japanese pottery. In the Japanese tea ceremony, the pottery items used are often rustic and simple-looking, e.g. Hagi ware, with shapes that are not quite symmetrical, and colors or textures that appear to emphasize an unrefined or simple style. In fact, it is up to the knowledge and observational ability of the participant to notice and discern the hidden signs of a truly excellent design or glaze (akin to the appearance of a diamond in the rough). This may be interpreted as a kind of wabi-sabi aesthetic, further confirmed by the way the colour of glazed items is known to change over time as hot water is repeatedly poured into them (sabi) and the fact that tea bowls are often deliberately chipped or nicked at the bottom (wabi), which serves as a kind of signature of the Hagi-yaki style. 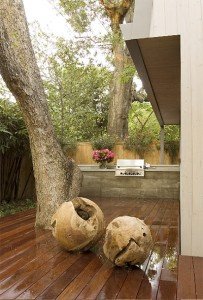 Wabi and sabi both suggest sentiments of desolation and solitude. In the Mahayana Buddhist view of the universe, these may be viewed as positive characteristics, representing liberation from a material world and transcendence to a simpler life. Mahayana philosophy itself, however, warns that genuine understanding cannot be achieved through words or language, so accepting wabi-sabi on nonverbal terms may be the most appropriate approach. Simon Brown  notes that wabi-sabi describes a means whereby students can learn to live life through the senses and better engage in life as it happens, rather than be caught up in unnecessary thoughts. In this sense wabi-sabi is the material representation of Zen Buddhism. The idea is that being surrounded by natural, changing, unique objects helps us connect to our real world and escape potentially stressful distractions.

In one sense wabi-sabi is a training whereby the student of wabi-sabi learns to find the most basic, natural objects interesting, fascinating and beautiful. Fading autumn leaves would be an example. Wabi-sabi can change our perception of the world to the extent that a chip or crack in a vase makes it more interesting and gives the object greater meditative value. Similarly materials that age such as bare wood, paper and fabric become more interesting as they exhibit changes that can be observed over time.

The wabi and sabi concepts are religious in origin, but actual usage of the words in Japanese is often quite casual. The syncretic nature of Japanese belief systems should be noted. 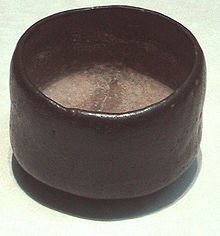 Many Japanese arts over the past thousand years have been influenced by Zen and Mahayana philosophy, particularly acceptance and contemplation of the imperfection, constant flux and impermanence of all things. Such arts can exemplify a wabi-sabi aesthetic. Here is an incomplete list:

Shizen, the art of nature

Shizen (自然) by itself means “nature” or “natural”. When the term is applied to arts and crafts, including modern designs, it also encompasses things that are made to look like the were taken straight out of nature.

Japanese have a fondness of using this style a lot, for instance an ‘Ikebana’ piece (Japanese flower arrangement) must look as though it is still in ‘the wild’. Not only in Ikebana is this technique used, it is also applied in the products Japanese make and of course ever prevalent in the Japanese landscape design.

The obvious idea behind basing designs on Shinzen principle is that nature is the original designer and nature made things are inherently appealing to human beings on both a conscious and subconscious level. We instinctively recognise that we have a physical, emotional, intellectual and spiritual connection to nature; the more closely a product relates to certain aspects of nature, the more attractive it is to people. especially applies to building materials, household furniture, utensils and interior decorations. Japanese have applied this style for ages and are real masters where it comes to apply its principles.