Categories
Pages
Home » Japanese customs » The ‘king of infidelity’ has landed in Tokyo! »

The ‘king of infidelity’ has landed in Tokyo!

The ‘king of infidelity’ has landed in Tokyo. After finding that enabling affairs can make money in 27 countries, Noel Biderman is bringing Ashley Madison — the world’s largest dating website for married men and women who want a little something on the side — to Japan, his first launch in Asia. 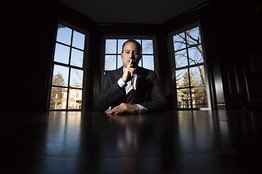 The website of Mr. Biderman, CEO of Avid Life Media, Inc, has logged 230,000 visits and 70,000 members as of Thursday, only four days after its Japan launch, and Mr. Biderman said he got an early morning phone call from company headquarters saying that members were signing up faster than customer care could screen them. The company had targeted 100,000 members in the first month, and 1.2 million in the first year.

“This might be bigger here than in America,” he said. “We totally underestimated the desire here.”

Why Japan? Mr. Biderman said that infidelity is an inevitability (read: business chance), as well as a cultural constant. Tokyo’s innumerable massage parlors and “love hotels” — short-stay hotels that cater to couples – are encouraging signs of potential demand, he said.

But Ashley Madison doesn’t intend to compete with Japan’s sex industry, which is largely an outlet for male desire, Mr. Biderman stresses. Everything about the site – the name, the pink color scheme, the female-centered advertising – is aimed at drawing in women. The men will find their own way, he said.

In terms of competing with established domestic services, including dating or marriage-service websites, Mr. Biderman says he sidesteps the competition by directly targeting married people looking for something “extracurricular.”

Since Ashley Madison is created specifically with cheaters in mind, members are ensured secrecy and have the ability to completely erase their activity on the site if they choose. Furthermore, members can tap a global network. An Ashley Madison user in Sydney who comes to Tokyo, for instance, can line up a date even before she arrives.

Though the site has officially launched, Mr. Biderman says he’s still working out how he’ll market the service. People aren’t going to blab to their friends about using Ashley Madison, so creating clever advertising that works as a “conversation piece” is key to getting the word out, he said.

The marketing campaign “is clearly going to be around women, in a culturally sensitive way and yet in a way where it becomes viral,” he said. “We’re going to position ourselves as a marriage-saving site, a social network for married people. I think they’ll understand that concept.”

Despite an unexpectedly strong response in Japan, Ashley Madison has yet to score another badge of membership in the Japanese philanderers’ club: a tie up with the country’s infamous “infidelity phone,” an older-model cellphone from Fujitsu Ltd. with industrial-strength privacy settings.