What to read: Princess Masako: Prisoner of the Chrysanthemum Throne 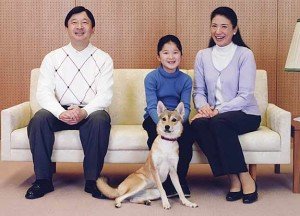 The Japanese royal family has long since been steeped in mystery. This book  Princess Masako: Prisoner of the Chrysanthemum Throne now changes that and gives you a rare insight in the lives of Nurihito and his wife Masako and their little daughter Aiko who are in succcession for the royal throne.

Princess Masako: Prisoner of the Chrysanthemum Throne (ISBN 1585425680) is a controversial 2006 book by Australian investigative journalist Ben Hills. Billed as “The Tragic True Story of Japan’s Crown Princess,” the book drew criticism from the Imperial Household Agency and the government of Japan over its supposed inaccuracies, and Hills claims to have received death threats. The English version was released in Japan in September 2007.

A translation was to be published in Japan by the country’s largest publisher, Kodansha. But Kodansha demanded that some of the contents which was pointed out by Imperial household to be revised due to “substantial number of factual errors”. Hills refused and Kodansha, in response, decided not to publish the book. A small publishing company, Dai-san Shokan, which is headed by a former associate of Japanese Red Army later published the book in August 2007, along with a companion book by investigative journalist Mineo Noda titled The Truth about ‘Princess Masako‘ — Mystery of the Contents Which Were Censored, which claims to reveal the ways the Japanese Establishment tried to prevent Hills’ book being published.

The author state that the book was written after over a year of research in Japan, Australia, America and England, and interviews with friends, teachers and colleagues of the Crown Prince and Crown Princess.

Among the claims made in the book are that Masako was forced to abandon her studies at Oxford because her thesis topic was too controversial; that the Imperial Household Agency opposed the marriage from the start and has bullied the Princess, leading to a nervous breakdown; that Princess Aiko was conceived as a result of in vitro fertilisation treatments; and that Masako is suffering from clinical depression. On February 13, 2007, the Japanese Foreign Ministry held a press conference in Tokyo at which it denounced the book as “insulting to the Japanese people and the Imperial family,” alleging “..disrespectful descriptions, distortions of facts, and judgemental assertions with audacious conjectures and coarse logic.” Press conferences at which the book was denounced were also held by Japan’s ambassadors to America and Australia.

Japan’s leading media, including the Asahi, Mainichi, Yomiuri and Nihon Keizai newspapers all rejected advertisements for the book. 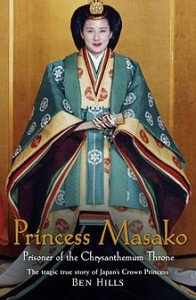