Festivals and Events for October 2013 in Japan

Posted on Oct 4, 2013 in Daytrips, Japanese customs, Must see, Things to do, Weekend trips | 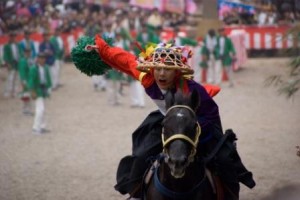 The festival honours the feats of Oda Nobunaga, a samurai warlord who used Gifu City as a base on his mission to unify Japan during the Warring States (Sengoku) period of Japan. It is a celebration of his contribution towards the construction of Gifu City and the legacy that he has left behind. The must see events are the memorial ceremony at Sofuku-ji Temple (Nobunaga’s family temple) and the samurai warrior parade down the main street. 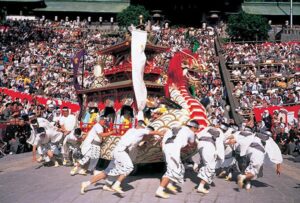 The Nagasaki Kunchi Festival is Nagasaki’s most famous festival and has been celebrated for close to 400 years now. The festival incorporates different aspects of both Chinese and Dutch culture, which have played an important part in the city’s history. 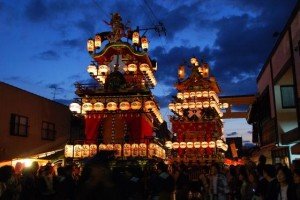 One of Japan’s greatest festivals, it is held twice a year in spring and autumn. The Takayama Autumn Festival is the annual festival for the Hachiman Shrine and is also referred to as the Hachiman Festival. The must see is the parade of elaborately decorated floats called yatai. 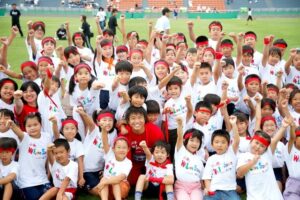 Health and Sports Day is a National Holiday in Japan that commemorates the opening of the 1964 Tokyo Olympic Games. It is called “Taiku no Hi” in Japanese, and is a day to promote both sports and physical and mental health. A lot of schools in Japan hold their sports festivals on this day. 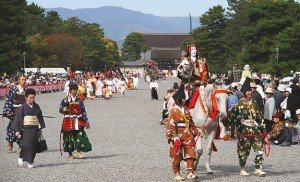 The Jidai Matsuri or Festival of the Ages dates from 1895, and sees people dressed in costumes ranging from the 8th century (Heian Period) to the 19 century (Meiji Period), parade from Kyoto Gosho (Kyoto Imperial Palace) to Heian Jingu Shrine. It is one of Kyoto’s three most famous festivals.