Posted on Jan 15, 2014 in History of Japan, Japanese customs, Must see, Stories about Japan |

The second Monday of January is Coming-of-Age Day, a national holiday to encourage those who have newly entered adulthood to become self-reliant members of society. (The holiday used to be on January 15, but in 2000 it was moved to the second Monday of the month.) Last Monday we celebrated the coming of age day for 2014.

Local governments host special coming-of-age ceremonies for 20-year-olds, since an “adult” in Japan is legally defined as one who is 20 or over. They gain the right to vote on their twentieth birthday, and they’re also allowed to smoke and drink. But along with these rights come new responsibilities as well, and so age 20 is a big turning point for the Japanese.

Coming-of-age ceremonies have been held since time immemorial in Japan. In the past boys marked their transition to adulthood when they were around 15, and girls celebrated their coming of age when they turned 13 or so. During the Edo period (1603-1868), boys had their forelocks cropped off, and girls had their teeth dyed black. It wasn’t until 1876 that 20 became the legal age of adulthood.

These days, males generally wear suits to their coming-of-age ceremony, but a lot of females choose to wear traditional furisode – a special type of kimono for unmarried women with extra-long sleeves and elaborate designs. For unmarried women, furisode is about the most formal thing they can wear, and so many of them don it to the event marking the start of their adult life.

Coming of Age Day is a joyous occasion in Japan. Although most 20-year-old girls choose to wear a traditional kimono, get their nails painted, and have their hair done up, usually with some curls and a few accessories such as flowers or jewels. But one young adult who goes by the name “Harutamu” on Twitter, celebrated her milestone with some of the most extreme fashion we’ve ever seen. Don’t take our word for it, have a look yourself: 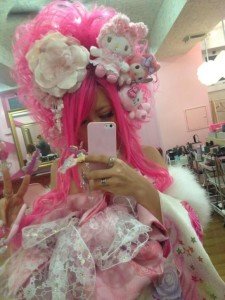 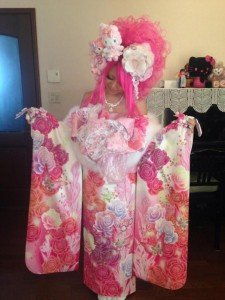 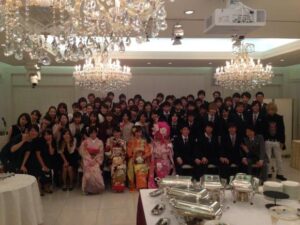 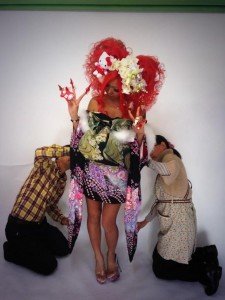 If you’re shocked by these ladies’ choice of clothing and accessories, take a look at how they look on the weekend: 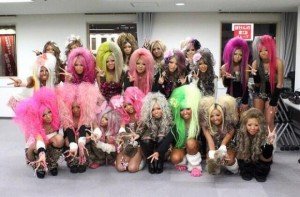 Harutama and Richu are both part of a gyaru group called Black Diamond. Gyaru are fashion-conscious young women who like to dress in extreme makeup, but we probably didn’t have to tell you that. Upon turning 20 years of age, these girls are now technically adults in the eyes of the Japanese government, but we’re not so sure this is the kind of adult they had in mind. Especially with Twitpic captions such as, “Check out my long-sleeved kimono for the coming-of-age ceremony ♡ mini prostitute ʕ•̫͡•ʔ♡ʕ•̫͡•” (but we have to give her props for adding bear emoticons). As expected, most Twitter users who retweeted Harutama and Richu’s pictures were also unsure if the pair could be considered adults and one user wondered, “What happened to the Japan of old?” But no matter your opinion, we suppose there’s nothing left to say but, “Congratulations!” and hope for the best as these young ladies continue their journey into adulthood.