Categories
Pages
Home » Where to stay » Where to stay: Check out the new “hotspot” for cheep accommodations in the newly renovated flophouse district »

Where to stay: Check out the new “hotspot” for cheep accommodations in the newly renovated flophouse district 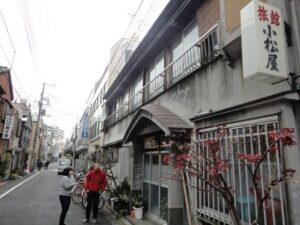 Tokyo’s Sanya area has long been known for its flophouses for day laborers.

When Tokyoites think of Sanya, they traditionally think of poverty. The district in the eastern part of the Japanese capital, was long known for its clusters of cheap rooming houses for day laborers. These days, the area is attracting a different crowd: budget-conscious foreign tourists.

Juyoh Hotel last summer set up a common room where guests can gaze at a Japanese-style garden. 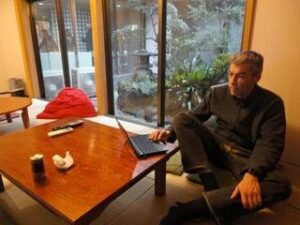 Juyoh Hotel last summer set up a common room where guests can gaze at a Japanese-style garden.

Located right in the heart of the city, Sanya makes a convenient jumping-off point for sightseeing. Hotels offering cheap yet modern accommodations are starting to cash in.

The Kangaroo Hotel is one such establishment. The hotel charges 3,300 yen ($31.2) per night for a single room. It counts Canadians, Germans, Thais and other nationalities among its guests. Visitors from Southeast Asia, in particular, have been increasing rapidly since Japan relaxed visa restrictions last year. In 2013, the Kangaroo Hotel’s occupancy rate rose about 10 percentage points to 90%.

To meet the demand, the hotel is investing around 100 million yen to build a new four-story building across the street. The annex, which is to have 18 guest rooms and English-speaking staff, is to open in December.

Fumio Kosuge, the Kangaroo Hotel’s owner, says many foreign tourists prefer to stay in an inexpensive room to free up more money for shopping and entertainment. With the more touristy Asakusa and Roppongi districts nearby, there are plenty of ways for Kangaroo guests to part with yen. Kosuge aims to build up his hotel’s capacity to be ready for a surge in visitors when the Summer Olympics come to town in 2020.

Over at Juyoh Hotel , another Sanya spot catering to the budget-minded, foreign tourists now account for 80-90% of guests. During the year-end and New Year’s holiday season, the hotel’s 72 rooms were fully occupied. Dutch and Indonesian travelers were among the customers.

Mago Yoshihira, Juyoh Hotel’s manager, predicted day laborers in Sanya will continue to make way for foreign tourists. Last summer, the hotel set up a common space where guests can gaze at a small Japanese garden. Juyoh is also working on an English map of neighborhood restaurants. A single room costs as little as 2,900 yen a night.

Yet another no-frills hotel aiming to ride the tourism wave is Hoteiya. It takes reservations through foreign online booking portals; it is also working on a website in several languages, including English and Thai.

Hoteiya often has 30-40 tourists from abroad, some of whom stay for more than a week. There are repeat visitors who use Hoteiya as a place to crash after practicing Japanese martial arts. A single room goes for roughly 3,000 yen per night.

Sanya is not the only flophouse district becoming a favorite with visitors from overseas. In the Kotobuki area of Yokohama, not far from Tokyo, a community building company called Koto Lab has made 40 rooms available in three buildings. The company says it welcomes some 10,000 foreign tourists per year; a night in a hostel-type room can be had for 2,300 yen.

One thing that makes Koto Lab’s lodgings unique is that Japanese who want to chat with travelers are welcome to partake in Sunday breakfasts. Tomohiko Okabe, a company representative, said he hopes to offer more opportunities for exchanges, such as by setting up lobby bars so people can mingle over drinks.

Under Japan’s law governing inns and hotels, a rooming house is defined as an establishment that offers lodgings for multiple guests, generally with shared toilets and bathing facilities. Youth hostels and mountain cabins fall under this category.

Some municipal authorities are trying to encourage renovation of rooming houses in hopes of attracting more travelers to their districts. In Taito, rooming house owners who renovate or rebuild their facilities can draw up to 14 million yen in support from the ward government.